Compassion is the Enemy 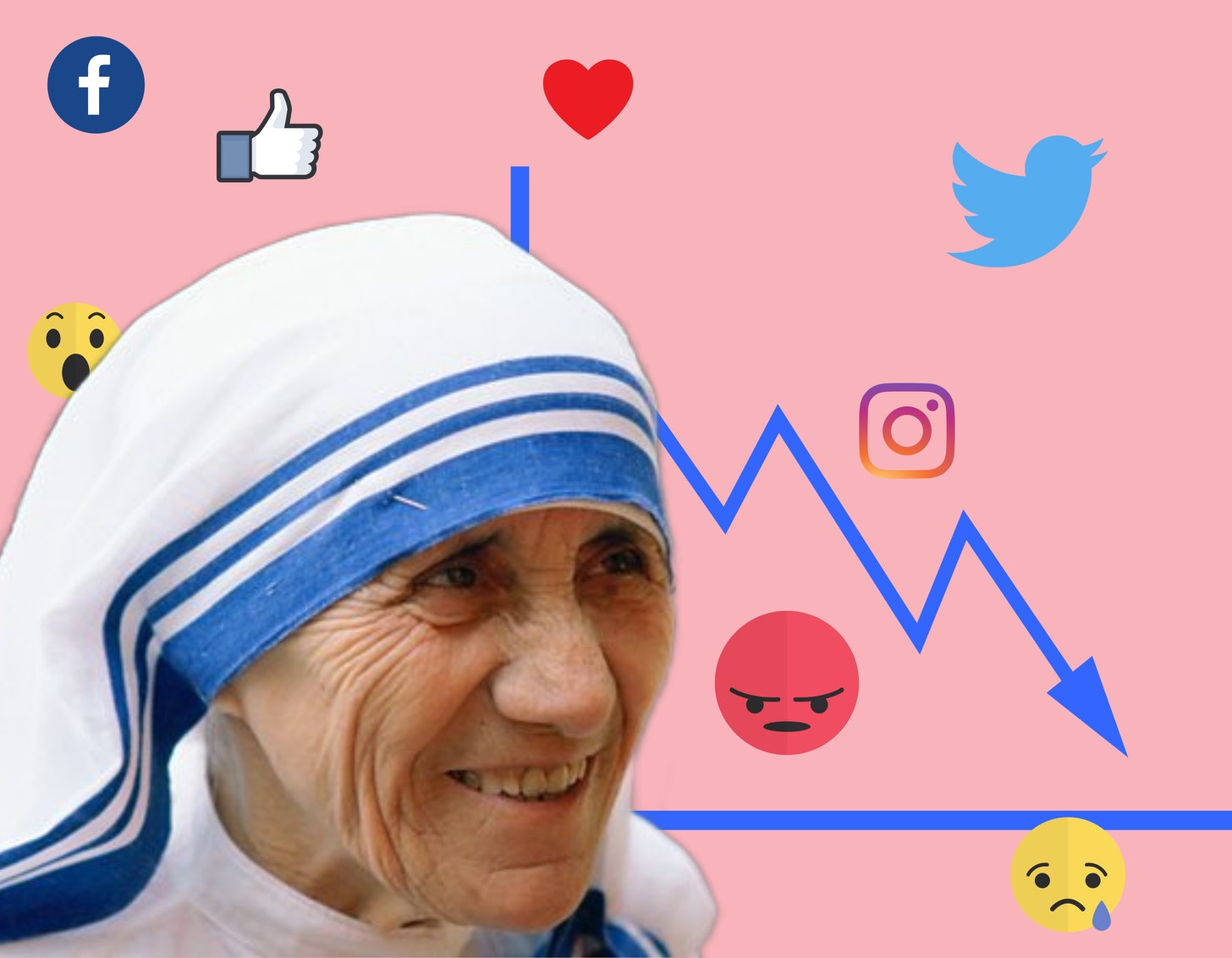 Mother Teresa was a hell of a marketer.

Remembered as a (literal) saint, the woman born Anjezë Gonxhe Bojaxhiu had more than her share of foibles and hypocrisies, expressing draconian views of abortion and divorce, hobnobbing with the vicious Duvalier family, oppressors of Haiti, and mistreating many that found their way into her care. But she understood something fundamental about humans, something that goes some way towards explaining her popularity: we love a good story.

Which is to say statistics be damned. If you expect action, provide an anecdote. This phenomenon, known as "psychic numbing," represents one of the great flaws of the Homosapien OS. Against all logic, we ascribe significantly less value to every life after the first one. We are motivated to save the individual. The mass, we could care less about.

This is not a new phenomenon — Adam Smith discussed the concept in The Theory of Moral Sentiments — nor is it solitary. When we are looked at in our entirety, as a corpus of code, humanity's software is riddled with bugs. Not only do we care little about situations in which deaths > 1, but we are also fundamentally emotionally-driven creatures, meaning that we rely less on logic than we'd like to think, less than we should. As articulated by social psychologist Jonathan Haidt, when it comes to moral decision-making, we are mostly acting on instinct, squeezing in logical arguments to match after the fact. As if this blemish were not sufficient, this reliance on emotion is also chimerical, flighty, subservient to sudden gusts of feeling. We are compassionate only when inspired, only when driven, and even then we are drawing from a finite resource. If over-exposed to requests for help, we are liable to suffer from "compassion fatigue," in which our better angels turn stony-faced. Anyone who lives in major metropolises with large homeless populations like New York or San Francisco will be familiar with the feeling.

We are, in short, imperfect. A groupish band of social primates, clutching to our own things, intermittently baring teeth to protect those closest to us before lauding ourselves for such vague and unreliable shows of empathy.

This is, of course, about George Floyd, and the Black Lives Matter (BLM) movement. Or, to put a finer point on it, about the way those subjects are discussed on social media. A great wave of compassion broke across Twitter, Facebook, and Instagram this week, with many well-meaning people sharing their support for a vital, high-minded movement. Though we may be glad for the momentary increase in awareness brought about by this outpouring, real, enduring change requires action beyond the platforms.

We have seen the emptiness of the social media hype cycle before.

Do you remember Alan Kurdi? In September 2015, a harrowing photograph circulated. A three-year-old boy, Syrian, drowned and face down on a Turkish beach. He and his family had been trying to reach Greece.

For a brief moment, the world turned their full attention to the toddler and the atrocities he represented. Never mind that 250K had died already by then, now was the time to pay real attention and take action. The hashtag #RefugeesWelcome circulated, donations to the Red Cross spiked, and both the German and Austrian governments decided to open their borders.

Then interest faded, donations dwindled, and governments turned their attention elsewhere. In short, our compassion was redirected or exhausted. The latter is almost the inevitable result of social media with its heightened emotion and endless feed. Meanwhile, bombs continued to fall on Aleppo, and Syrians continued to flee, and boats still floundered, and children drowned in the same sea. Just a year after his death, Alan's father said, "My Alan died for nothing.”

Compassion is the enemy. In its vividness and high-color, in the delight it gives its exponent, in its brevity, compassion impedes enduring change. It is the least we should be able to provide as humans, the bare minimum, and as such, unworthy of celebration or mention.

The entirety of the corporate world was awash with sentiments of contrition this week, with venture capital, my chosen industry, no exception. A collection of tweets from various firms:

We support our companies and teams as they stand with the Black community.

[We] believe that equality is not a privilege, but a right for all. Everyone. Everywhere.

We condemn racism towards the Black community. We condemn acts of violence, bigotry, hate.

[We] unequivocally stands with the Black community, and for civil rights and equality of justice for all.

What meaning can be gleaned from such platitudes? Without accompanying action — enduring commitments that go beyond one-time donations or temporary offers to meet with black founders — this is rhetoric with the nutritional value of paper. The most charitable appraisal would be that these expressions are well-intentioned banalities. At worse, it is craven opportunism, marketing masquerading as conscience. Do we believe that capital allocators will make meaningful changes to their practices without additional pressure, without building systems that run without the intervention of compassion?

As we think of how we can move beyond empty sentiment, that, I would posit, is the true challenge. Not feeling more or undertaking some token, episodic deed, but constructing systems such that we don't need to rely on the vagaries of compassion to do good. As the author, Chinua Achebe, said, "While we do our good works let us not forget that the real solution lies in a world in which charity will have become unnecessary.”

Just as technology has had a role to play in magnifying our flaws, so too should it be part of correcting them.

Payment processors allow consumers to donate to charities on a recurring basis, avoiding the mental overhead required to recommit to a cause each month. Video games and virtual reality can reduce prejudice. Racist policing algorithms, like those previously used by the LAPD, can be amended or junked. Just as W.E.B Du Bois once did, data visualizations can be used to convey the scale of a problem in new, evocative ways.

Social media is a reflection of who we are, flaws included. But technology can be so much more, correcting for the bugs in our human software. My hope is that we may use it to find a road beyond compassion, eschewing the narrowness of Mother Teresa's words. Kierkegaard described a poet as someone whose mouth was so formed that when they cried in pain, the world heard only music. We must recognize what it is to be a human: to have a pair of ears shaped such that we can hear the cries of a single person, yet be deaf to the cacophony of the many, still suffering. 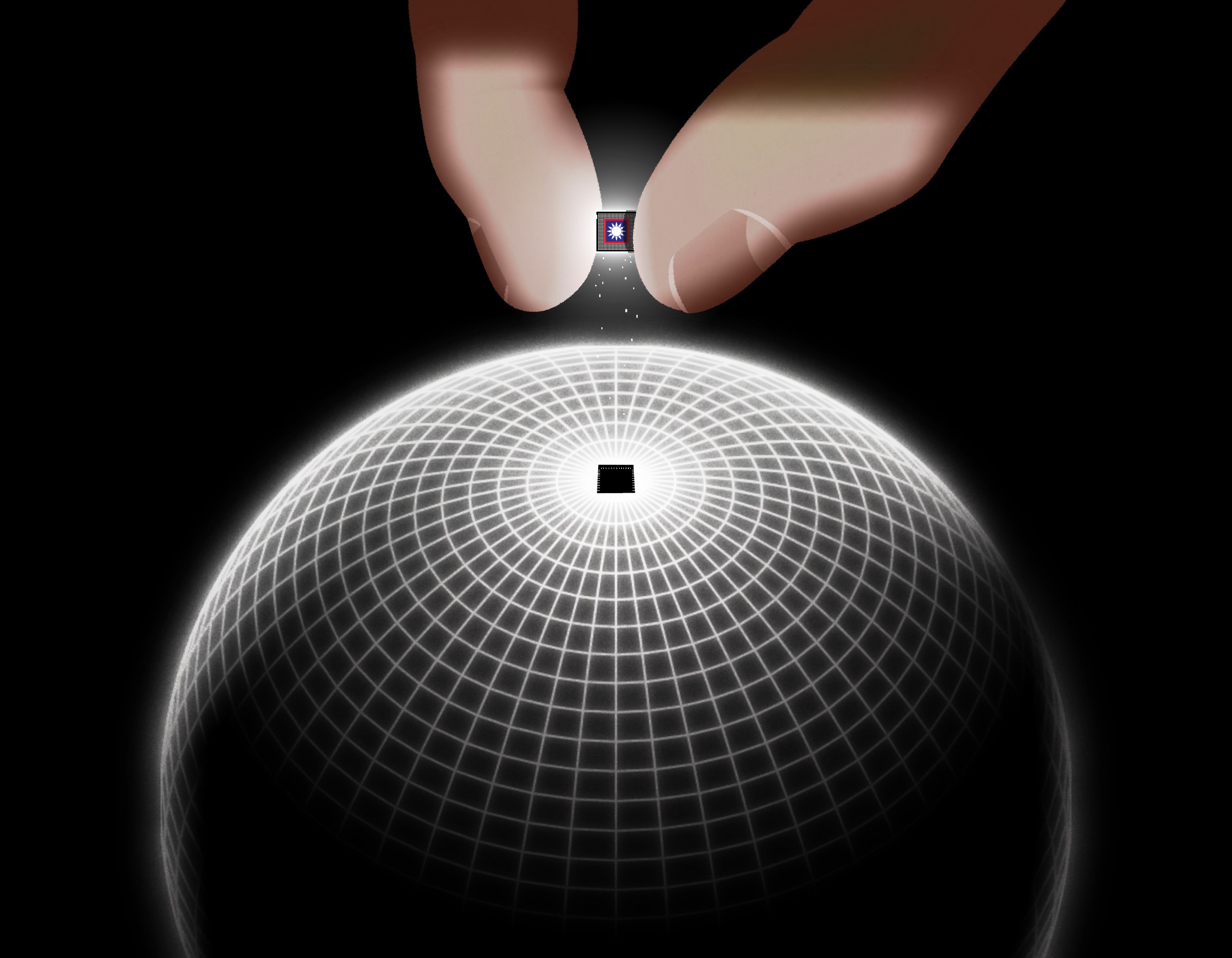 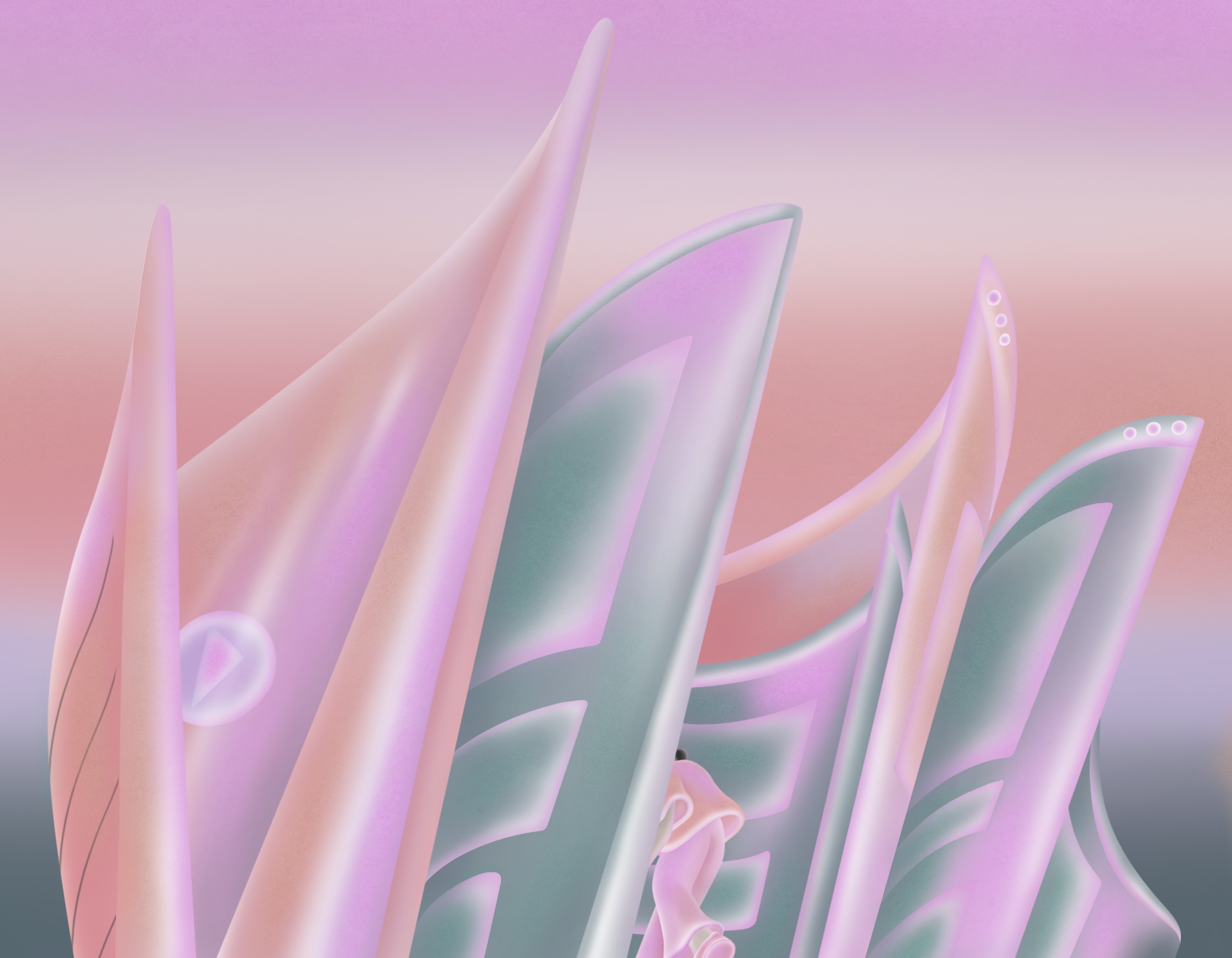 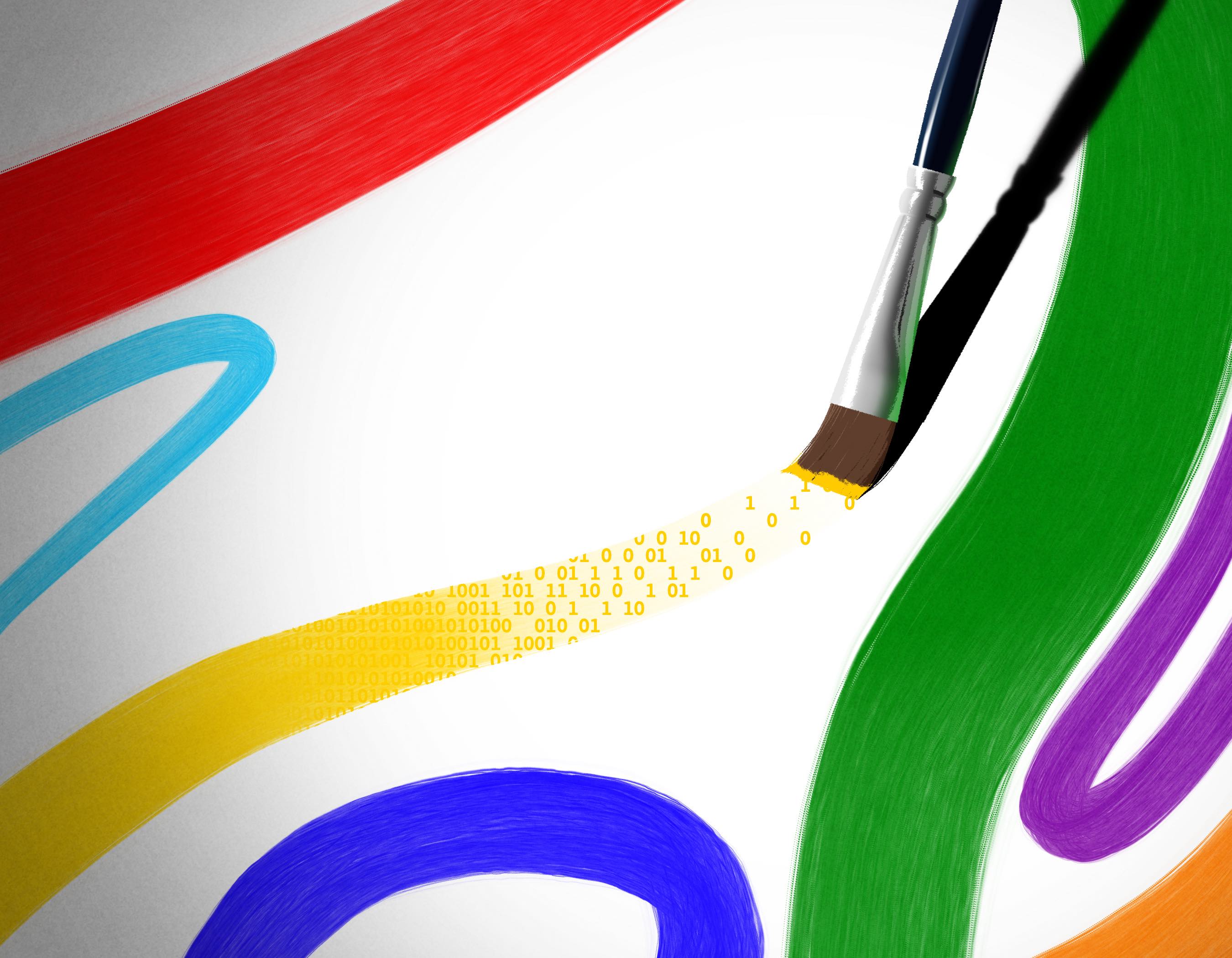